‘You went against The Story…’ This line was spoken to me in a ‘dream’ the other night by an old friend, one who has not always been ‘fully aligned’ with my particular Path to Mastery since we started communicating again a few years ago after not seeing each other for around two full decades. In this dream sequence – which we now understand are more akin to astral travels to other worlds in ‘reality’, than what we were told were ‘just’ nighttime dreams of pure fantasy and illusion – we had just been accosted by a few onerous giant humans, and I had done a fine job defusing the situation, and bringing it to a peaceful conclusion. And then my friend turns to me and says that, a thought that was not only completely spontaneous, but also completely out of context. But I KNEW exactly what he meant, the way we all do in ‘dreams’ via the instantaneous understanding of not only what is said, but all that what is said implies, the entire background and conceptual framework that forms its context. Some call it ‘telepathy’. I just call it ‘knowing’…..

We went against The Story that we w

ere taught, told to believe above and despite any other ‘viewpoint’ we may have stumbled upon in our search for the ever-elusive ‘truth’, and literally forced to support via myriad ‘obligations’ and ‘requirements’. Though many of us tried to achieve ‘socioeconomic success’ via this horribly IN-human System of Control, most of us simply could not manage to keep it up for very long, even after some of us DID manage to claw our way up the ladder – to some small extent compared to those in the top castes of the social order — of ‘financial affluence’ and ‘social status’. But we eventually woke up to the fact that it was all a scam, a charade, a Show that was based on intentionally false assumptions, phony science, and intentional programming of us ‘unwashed masses’ to serve our Hidden Masters. So we stepped back from the mainstream’s social narrative, the dominant paradigm of the Old World culture. Make no mistake, NO human society is free of organized social structures. They have been created, fed, nurtured and defended by ALL human civilizations throughout history, of any and all social orders. We just had the insight to realize, before it was too late (again), that if things kept going as they were – and as th

ey were being encouraged to – the human race, like the proverbial lemmings, would soon be leaping blindly to their death. And the planet’s.

Throughout our lives, we – the Wayshowers, the Rebels, the Trailblazers, the Discontent Misfits of society – never fully accepted the fabricated story line of ‘how things worked’, ‘how to get ahead’, what was ‘expected of us’ as citizens of post-industrial First World society, what our ‘role’ was in this materialistic, consumerist, horrifically unsustainable modus operand we had co-created over the centuries, nor what was published as ‘fact’ in the Mainstream Media (MSM). ‘What exactly do you mean by ‘The Story’, though?’ you may ask. Well, it’s what ALL ruling classes develop and promote and sustain via the available media of their age, used both to ‘program’ the populace into their particular paradigm and ‘interpretations’ of what life is all about; and 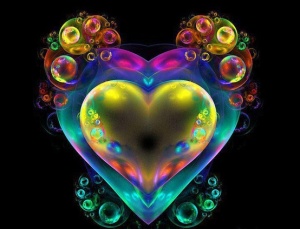 MAINTAIN THEIR POWER over the masses. In our case, over the last century or two, it could be defined in general economic terms as ‘materialist capitalism-based consumerism’. Philosophically, it would be something like ‘Darwinist competition for survival and limited resources in a vertical social hierarchy’. As you can clearly see in the MSM, the politicians, corporate executives, school textbook authors, mainstream economists, Wall Street financial kings, etc. all continue inexplicably to ‘toe the line’ and ‘stick to the story’ regarding the ‘official’ version of ‘what is’ in the world (and of course why) — despite the overwhelming proof of its insanity. And anyone who refuses to do so is immediately cast out of the ‘inner circles’ of both geopolitical power structures and the highest socioeconomic networks (and their accompanying positions of influence of course). Or worse (think ‘The Kennedys). But that’s another ‘story’, lol…..

So, what most of us ‘Truthers’ did in the face of all this BS spewing out into the Mass Consciousness of global society – especially here in the West – was to begin to speak, write, and broadcast an Alternative Story, one based on both ancient wisdom and whatever factual intel could be found ‘out there’. The stunning growth of the Internet, and it’s natural dispersion of encyclopedic information about any and all subjects,

helped immensely in this project. It was truly a gift from Heaven for our Cause, and we really could not have done this without it. Little did the original inventors (the US military actually, at least ‘officially’) comprehend what they had given us . . . . Anyway, we also benefited magnificently from the information received from ‘insiders’, whistleblowers , ex-military ‘black ops’ types, ex-spies, and ex-corporate goons and shills whose direct exposure to and experience of the ‘REAL Deal’ they felt just couldn’t remain hidden from public view any longer (and which led to most of them being ‘silenced’ in one nefarious form or another). This ‘new’ Real Story not only exposed the lies and deception and manipulations of the Old Institutional/Ruling Elite Story, but also revealed the glorious potential New Life that we are now finally actively ushering into existence in this realm, actually creating as we move rapidly into its Energies!

For my part, I and most of the tight group of Global Wayshowers I communicate with directly on the planet (for example Bill Ballard, Méline Lafont, Sandra Walter, Cary Kirastar Ellis, and Sixtina Friedrich), have been guided during this brief moment of relative calm to simply sit back, let go of all that we have done and been in what is now our past, be a witness to the explosive Awakening of Humanity that is now occurring, take some notes, and enjoy The Ride. Soon, we shall be called into our next roles here – and then our time to just sit back and relax will be very much over for a while.  With that in mind (and heart) I recommend to ALL of you to put forth your best effort to finish cleaning out the closets and dark corners of your own psyches — and to simply stop worrying about anybody else’s!  We all need to be fully prepared for the next unfoldment of The Grand Plan. It’s gonna be RAD!!!

Despite this time of relaxation and ‘gathering together of Energies’ that I AM experiencing, I continue to post much information on Facebook, under the name Alexander RA-Sol. So if you’d like to learn more, and in more detail, about

what this New Story that is beginning to burst into the mainstream dialogue all over the planet is all about, and also how you can accelerate your own process of healing and connection and en-LIGHT-enment, then feel free to ‘friend’ me in that space – and follow this Trailblazing Cosmic Surfer deeper into the rabbit hole of your own SELF-discovery . . . .

A message from Mother

Please Comment or Expand on this if you resonate with the above. . . . . Cancel reply