Archive for the ‘Knowledge’ Category

Many out there in the big wide world still think that living in denial, rejecting out of hand evidence of illegal malevolent acts against the general population, poses no threat whatsoever to their personal health or that of their loved ones.  Well, at the spiritual level, since the material world is only a Grand Illusion, a Virtual Matrix Construct, they do have a point!  But from the perspective of ‘life in this (so-called) reality’, they are OH so mistaken. . . . .

A decorated Air Force officer (NCO) recently went public (and viral on YouTube) with FACTS about chemtrails — which are made up of highly toxic chemicals that kill: 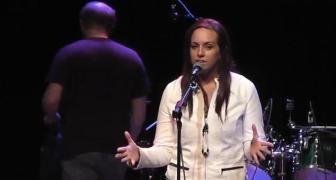 This is a young, dedicated, loyal citizen who believed in her country, an honest and sincere employee with a perfect service record who thought she was simply doing what she believed she was hired to do – but was almost sent to a mental hospital for trying to do her job.  Whoa!  She tells her heart-wrenching story, live on stage before a music concert, in this moving video.

For a more in-depth look at this explosive issue of ‘geo-engineering’, see the documentary ‘What On Earth Are They Spraying?’   A recent article here also gives links for further personal research.

NOTE:  Just to be clear, especially based on my previous commitment to focus only on ‘positive’ subjects, I do not publish this to trigger fear, anger, resentment, horror, nor any other ‘negative’ emotions.  Just the opposite.  You see, I DO see this as a positive event!  How can that be?  Well, for several reasons, all related to awareness.  But, for brevity, I’ll just name the main one:  This critical, pivotal information about how things ARE, and HAVE BEEN for quite some time in our severely limited and highly controlled Matrix Reality, is finally getting out to the general public!

Soon, very soon now, the masses of previously uninformed humanity shall be presented with lots of truly fantastic joyful revelations that will come flooding in from all directions!  Or ‘out’, as the case may be, lol.  However, before one can accept the really good info coming up for us just around the corner, one must have opened one’s mind, and heart, pulled one’s head out of the sand of irrational denial.  Only when one’s eyes are fully open to see, acknowledge, and accept all the not-so-good stuff as being or having been part of this reality, can one come to a place where you can successfully release it!  Forever.  That’s just how it has to work, no way around it.  Just like a horrific car accident or shameful childhood trauma, you have to work through it before you can move beyond it — pry it out of the depths of your psyche, expose it to the light, and let it go in peace.  If you refuse, choose not to. . . well, for me, I’d hate to go back there myself.  Personally, I’ll be damned – literally – if I’m going to shy away from or ignore the relative truth of our past and current collective situation, just so I don’t disturb the little comfort zone I’ve carved out for myself here in this Grand Theater of the Material World, whose final act is now in its last minutes.  Hey, there is no way I want to miss out on our fantasmagorical after-party once the curtains close on this crazy experiment in duality!  Like the old song says, You gotta go through hell in order to get to Heaven. . . . . IF you want to get to Heaven, of course.  The choice is always yours.  Free will and all that, you know. 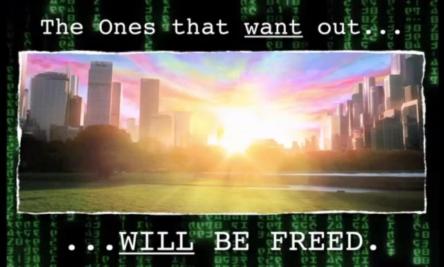 Well, gotta run.  My character has already left the stage for the last time, and I have to get ready for the cast party.  See ya there???

Please view this short video. It made sense to me, definitely one of the ‘insane’ ones. Hopefully, you will ‘see’ what I mean. . . .

(The quality is not great, and the music cuts off mid-way. If you find a better version, please post it in the comments section below. Thanks.)

True Knowledge – logos, ‘knowing’ — can only be gained by direct experience.  Ageless Wisdom is earned exclusively via the accumulation, assimilation, and harmonious organization of True Knowledge.

To better facilitate the full comprehension of the statements above, consider this riddle:  ‘One can study in the most prestigious universities in the world for decades and, upon ‘graduation’, end up having learned nothing of any real value.  Or worse.’

To even better facilitate the assimilation of the above information, ponder the following:

There once was a fine student named Sparks

Who was praised for her brains and high marks

But when leaving the commode

In her designer silk robe

She often left signs on her arse

P.S. – FYI, I graduated from a famous university with a degree in science, and harbor no ill will towards either it or the system it represents.  LOTS of great things can be learned by studying courses offered at most universities.  However, actually paying an institution to train and condition you to fill a job for a large impersonal corporation whose legally sanctioned motto is ‘greed is good’ – well, that just doesn’t feel quite smoothly aligned with the basic tenets of Love and Life, now does it?  Regardless, no mainstream university, simply by its intrinsic nature (the fundamental relationships involved) — and in many cases despite truly sincere positive intentions — can impart the most important and valuable lessons about our life in this magical Universe.